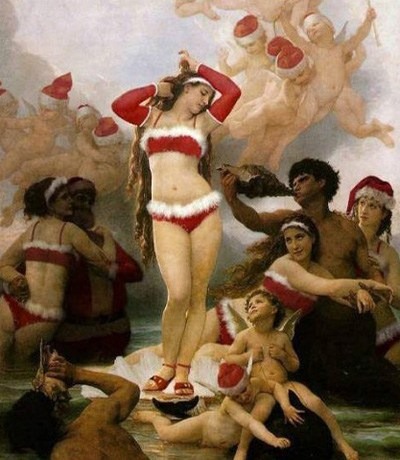 With over 400 million Weibo (China’s twitter) users, Chinese social media has become a prominent source keeping people updated about what’s happening in China. As the year comes to an end, we’ve picked China’s 10 most memorable Internet memes of 2012. They cover scandal, celebrity, humour and buzzwords.

Hong Kong’s people have long held resentment towards mainlanders due to some ill-mannered tourists and pregnant women sneaking in for birthright residency. In January 2012, a video of Hong Kongers and mainlanders arguing on the Hong Kong subway went online. In the video, a few children from the mainland were accused of violating the rules by eating on the subway. The incident soon expanded to resentment on both sides. Peking University professor Kong Qingdong called Hong Kongers dogs.

In March, 2012, a model called Emily Zhou went viral after she posted photos online of her rich NPC delegate “godfather” (sugar daddy) and her shiny “pussy high Miniskirt”. She went further to explain that the so-called “pussy high miniskirt” is a mini-skirt that is only long enough to cover a woman’s genitals.

Netizens suspected that the NPC delegate is another corrupted official with a well-kept mistress, and that Emily Zhou is just another “Guo Meimei”.
Although Emily later clarified that the man was not her sugar daddy, her “pussy high miniskirt” has since became a new meme online. Many netizens use it to refer to any mini skirt.

When blind Chinese lawyer and civil rights activist Chen Guangcheng escaped from house arrest in the spring of 2012, it caught the attention of Chinese internet users. Although the government blocked Chen’s name, netizens were able to circumvent the censorship. An artist supporter of Chen created a KFC ad, featuring a cartoon version of Chen with the slogan “Free CGC.”

The Kentucky Fried Chicken ad began spreading across the Chinese Internet as support for Chen. The spreading of the meme was called “guerrilla activism”.

The term “diao si” (屌丝) has been a buzzword among China’s internet community since the start of the year. It is a self-mockery term to describe “underprivileged losers” who lacked advantages that one must possess (good appearance, good family background or high social status) and who feel themselves leading dead-end lives with rising living costs and all sorts of competition and pressure from society.
On the contrary, there’s another buzzword for the tall, rich and handsome (高富帅 Gao-fu-shuai) or the fair-skinned, rich and beautiful (白富美 bai-fu-mei), both of which are considered as ideal husband and wife candidates in the Chinese society.

Funny as the buzzwords sound, it revealed the issues and mentality in modern Chinese society.

On July 9, China Central Television CCTV reported about an Italian art exhibition at the National Museum of China. When CCTV showed Michelangelo’s sculpture on the news,they pixelated the statue’s private parts. The video of the censored artwork was viewed by millions of Chinese netizens.

One professor commented sarcastically: “Why not dress them up?” Netizens were inspired. They soon used computer software to “dress up” the famous works of sculptures and paintings as an opportunity to mock CCTV.

In August, Yang Yiyong, Director of the State Development and Reform Commission’s Macroeconomic Research Institute for Social Development, said [zh] at a forum that China has acheived 62% of the task of rejuvenating the civilization based on the Great National Revival Process Monitoring and Evaluation Indicators.

Netizens found it ridiculous [zh] to use the index to measure the progress of China’s revival, thus the “scientific” figure became a viral Internet meme. They invented new ways to mock the report by being creative with the figure 62%. One netizen wrote: “I was awaken by a text message when I was 62% into my sleep last night.” Another wrote:“The mission of enlarging the gap between the rich and the poor is 62% complete.”

In early October, China Central Television CCTV launched a program called “Holiday survey: are you happy?” The reporters asked random people on the street whether they are happy, the result was bewildered and confused faces with some unexpected answers. An elderly migrant worker answered: “My surname is Zeng,” apparently mistaking the question to mean, “Is your surname Fu?”

The program is perceived as an effort to show a “harmonious” society right before the opening of the 18th Party Congress. The question “are you happy” soon went viral over the internet with netiens using it to embarrass and mock CCTV.

A search for Sparta or 斯巴达 yielded over 3.5 million results. Netizens used this code to complain about “strange regulations” or internet slow down they experienced before the Congress.

“My Internet speed is becoming slower and slower, is this because of the approaching ‘sparta’?” said one Weibo user.

Another buzzword “qie gao” (切糕, nut cake) was born by the end of 2012 due to the disputebetween some Han Chinese locals and a few Uyghur rice cake vendors over the absurdly high price of nut cakes.

The dispute turned into a big fight. The damage to rice cake and walnut candies was worth approximately 160,000 yuan ($25,700), 16 Uyghurs were compensated for all their damages and relocated to Xinjiang and the customer was placed under arrest by local Police. The pro-Uyghur handle of the situation and ridiculously expensive “qie gao” soon caught netizens’ attention. They uploaded pictures of “qie gao” on Weibo and shared their bad experience with Uighur cake vendors. The incident also triggered Han nationality’s complaints about preferential policies towards ethic groups in China.