Is this little tortoise sick? No madam, it’s ceramic 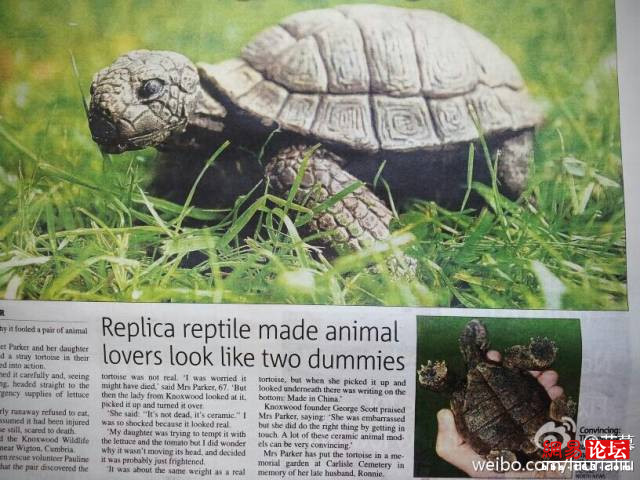 Just five inches long, and seemingly under the weather, the tiny creature was crouching beneath a heather plant in 67-year-old Margaret’s garden at Cant Crescent, Upperby.

Her daughter Lorraine Boyes, 47, popped out to buy lettuce and tomato from the local Co-op but the hapless tiny reptile had no appetite.

After alerting the Knoxwood Wildlife Rescue Centre, near Wigton, they popped the tortoise and its food supply into a cardboard box, brought it into the house and waited for a rescue worker to collect it.

It was only when rescue volunteer Pauline Adams arrived that the reason for the animal’s lack of appetite finally became clear.

“I was worried it might have died,” said Margaret.

“But then the lady from Knoxwood looked at it, picked it up and turned it over. She told me: ‘It’s not dead – it’s made of pot.”

Margaret quickly experienced a rush of emotions, moving from shock to embarrassment, which left her apologising profusely to having called out Knoxwood.

“I was so shocked because it looked real,” she said.

“When we saw it, I was frightened that the cats round here might get it.

“My daughter was trying to tempt it with the lettuce and the tomato but I did wonder why it wasn’t moving it’s head, and decided it was probably just frightened. At first the woman from Knoxwood didn’t say anything when she saw it. It was about the same weight as a real tortoise, but when she picked it up and looked underneath there was writing on the bottom: Made in China.”

“I’ve lived here for 30 years and I have no idea where the tortoise came from.”

Pauline was full of praise for Margaret, saying she had done the right thing.

She said: “At first when I arrived I didn’t have my glasses on and I thought it was a baby tortoise. It was sitting there in the shoe box, on a bed of lettuce and tomato.

“When I picked it up I saw the CE mark and the words Made in China, and I just cracked up.

“I laughed even more when she told me her daughter had been to the Co-op to buy tomato and lettuce for it. She was very apologetic. Judging by the moss on it, it had been in the garden a long time.

“It really did look real.”

Knoxwood founder George Scott also praised Mrs Parker, saying: “She was embarrassed but she did do the right thing by getting in touch. A lot of these ceramic animal models can be very convincing.”

Margaret has put the tortoise in a memorial garden at Carlisle Cemetery which was created in memory of her late husband Ronnie. 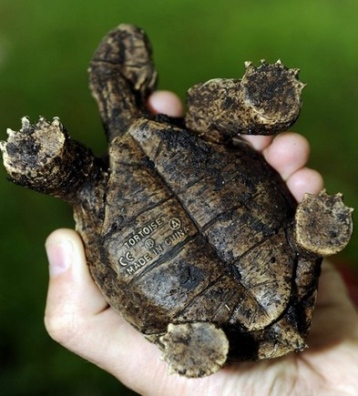